Are you new to Trinity? Want to become an official member of the Episcopal Church?

Have you been confirmed but want to reaffirm your commitment to the Episcopal Tradition?

Want to learn more about the Episcopal Church and who we are as Episcopalians?

Then this class is for you.

We will cover the following five topics: history, theology, worship, spirituality and mission of the Episcopal Church.

For those wanting to be confirmed we strongly encourage you to also take part in one of the two Sunday morning Adult Formation Spirituality Series being offered after worship.

If you are considering confirmation, we suggest you join one of the following two Adult Formation Series during Lent. 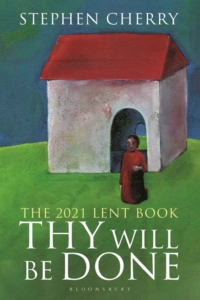 Lenten Book Study: Thy Will Be Done: a Lenten study of the Lord’s Prayer.

Join Father Ben to discuss and reflect on the Lord’s Prayer using the Archbishop of Canterbury’s 2021 Lent Book Thy Will Be Done by Stephen Cherry. Advance reading is not required; all are welcome.

To purchase the book: https://www.amazon.com/ 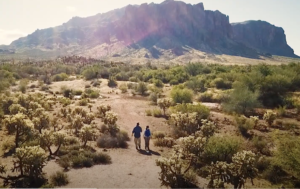 Adult Spirituality Series: A Spring in the Desert

Sundays during Lent at 11:30AM on Zoom

As we travel together during this pandemic time, let’s journey through the desert with stories of scripture and wisdom of the early desert mothers and fathers. All are welcome to join as we follow the ChurchNext Curriculuam: A Spring in the Desert.

Check out the course online here.

Join us for a Lenten Contemplative Prayer Series. This will be an hour of contemplation during a season when we focus on discipleship and the mystery of renewed life as we anticipate Easter.

Contemplative prayer is like Centering Prayer and will include bible study on scriptures related to the season. No advance preparation is necessary, join as you are able. Led by parishioners Kathy Watson and Deb Cooney.

During Lent we offer In-Person Worship on Sunday morning (8:00AM) and Wednesday evening (5:30PM).

Registration for these services will open on the Monday morning before the week’s services.

Links will be available on our worship page and in a Monday morning email to the parish.

If you are not receiving our weekly emails and would like to, please sign up here: https://trinitychurchindy.org/newsletters/