This is the category for upcoming news for your Ministry

On Monday, Bishop Jennifer gave this reflection on a Zoom meeting with bishops and canons from across the Episcopal Church:

Ibram X. Kendi recently wrote in The Atlantic: “From the beginning, racist Americans have been perfectly content with turning nightmares into dreams, and dreams into nightmares; perfectly content with the law of racial killing, and the order of racial disparities. They can’t fathom that racism is America’s nightmare. There can be no American dream amid the American nightmare of anti-black racism-or of anti-Native, anti-Latino, anti-Asian racism–a racism that causes even white people to become fragile and die of whiteness.”

Thank you, Presiding Bishop, Canon Stevenson and Bishop Ousley for the invitation to speak today. In the brief time I have, I want to share a little bit about my experience. I’m not an expert on dismantling systemic racism and anti-blackness. I’m not an expert on unlearning the messages that are continually and consistently telegraphed reminding me that my dark skin is not as valued as white skin. But I am expert on my life and my story, and I want to share a bit of it with you and then name the hope and challenges before us.

The part of my story that is fairly public knowledge is that I was born and raised in New York City–the granddaughter of Shinnecock Indians on one side and sharecropping descendants of slaves on the other. The first ten years we lived in Boerum Hill, Brooklyn-and I attended a diverse elementary school with black, white and Latina teachers and black, white, Puerto Rican and Jewish classmates. We had next to no money but a lively neighborhood where the owners of the mom and pop stores knew the name of every kid.

When I was ten, we moved to Staten Island, and I’ve never gotten over it. We were now living in a segregated space. White kids took the yellow school buses to our junior high school, and black and brown kids mostly took the city bus or walked the seven blocks to school. Many days, as I walked home alone, there were older white kids and adults who would spit at me and call me the n-word. Each Friday there would be reports of the “race riots'” at one of the local high schools-meaning, blacks and whites fighting after school, every week. I figured out by seventh grade that testing out and getting to a specialized school in Manhattan would be a better choice because I didn’t want to deal with that kind of racism. So I commuted an hour and half each way taking a bus, ferry and subway train to midtown Manhattan for high school where the diverse world opened back up for me.

For whatever reason, talking about race, building bridges, having friendship groups that looked the like Benetton ads of the 1980s has been my lot for over 40 years. And I’m tired because I’ve spent my life pushing away and unlearning the messages that whites and black can’t be real family and friends, but too many white folks won’t do the work of unlearning those same messages. I’m tired of the burden white supremacy places on me and the black and brown people I love. I’m tired of black folks bearing the symptoms of white sickness. This exhaustion is not two weeks old or global pandemic old. Black and brown people spend our lives learning to live with the exhaustion of white supremacy as a survival mechanism.

Yes, I can remember the first time, back in 1982, my uncle was pulled over driving his BMW home from work because he was a black man in too nice a car. Yes, I’ve had police in my predominately white neighborhood run my plates. Yes, I’ve already had “the talk” with my nine-year-old black son about what to do if approached by the police and how he can’t play with water pistols like his white friends. Here’s the thing, every black and brown person in this country, on this call, in our congregations, has stories like these. The black and brown folks with Ivy League degrees who show up to our churches in nice dresses and suits have these stories as surely as the black and brown folks we cross the street to avoid.

We have these stories and we have not often told them outside of black and brown circles. There are experts who can better explain why, but I suspect that it has something do with the fact that it is hard to tell the stories of racial trauma to the people who have the power to make things different and won’t. And when we have told the stories, long before there was the internet and hashtags, we were too often told to get over it, stop playing the race card, and conform. The videos we now see played over and over again of the killings and abuses for just living while black have finally awakened those with the power to change things, and I hope and pray policies and behavior begin to change. Hope and challenge are two sides of the same coin. Across the globe people are risking their health in the midst of a pandemic to hold police departments, cities and corporations accountable to changing policies embedded in racist structures. This is gospel work. And the church is not exempt.

So here is the challenge for the Episcopal Church:  we need to stop being afraid of committing to the work of dismantling systemic racism and white supremacy. We need to learn and understand how it operates inside the Episcopal Church and in the world. As a predominately white institution that is rooted in the American experiment, we must be unequivocal and clear. When I go to the webpage of Ben and Jerry’s Ice Cream, it is clear that they are about selling ice cream and dismantling white supremacy. I want our church to be that clear. Our being afraid of making white people upset makes us complicit in keeping white supremacy in place. We must not be afraid of giving our time and financial resources to the groups who are doing this work on the ground.

Many of our congregations are made up of people who have the power to affect policies, programs and money-if we are not actively dismantling white supremacy as a part of our baptismal ministry, then we ought not write another statement. If we are not giving away our power and centering the voices on the margins, then we ought not be surprised when people of color stop sharing their stories and attending our churches. If we go to Black Lives Matter demonstrations but return to our church buildings to livestream worship surrounded exclusively by white images of Jesus and the saints, then we must understand that we contradict our actions and become just another performative ally not helping our people or the movement.

Now is the time for acting. For doing the work of unlearning bias against black and brown people. Our everyday choices from where we buy groceries, to what we read, to how we adorn our sanctuaries, to where our money goes, to how we vote all add up. It all adds up to a world where people and systems are activated to value and support all of God’s children no matter what they look like or where they come from and every choice moves us a little closer to God’s dream. Not just the American dream–God’s dream. So let’s get to work, church. The time is now. Thank you.

Looking for a short, meditative experience to end one week and begin the next? Join us on Zoom via the webinar link below or on Facebook for a live broadcast of our monthly contemplative Taize service.

Please click here to join the webinar at 5pm on Sunday! Use password 555474 to enter the webinar.

I hope that, despite our mandated isolation, Easter found you filled with the hopeful joy of the Resurrection nonetheless.  Or, to borrow from one of my favorite writers, Anne LaMott: the spirit of “Alleluia, Anyway!”

This ePistle includes a lot of information about Learning and Community opportunities at Trinity during the time of COVID-19 and beyond. Please note that we have added a Sunday School option for 4th-6th graders on Sunday after worship, in addition to our Godly Play class and youth groups. And consider joining a small group, Bible study or discipleship group in the weeks to come!

I am sure you are all eager to get back to Trinity, and you’re wondering when and how that will occur. I have no answers for you yet, but please know that parish, diocesan and national church leaders are all engaged in thoughtful conversations about changes which will be needed to return to in-person worship safely. In the meantime, THANK YOU for continuing to be the Church for one another and the world during this challenging time.

Please reach out to me, or any of the clergy, if you need some extra pastoral contact or emergency financial assistance. We are here, and we love you.

Stay well. Wash your hands. Take care of your gardens, loved ones and yourselves. 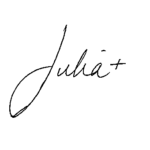 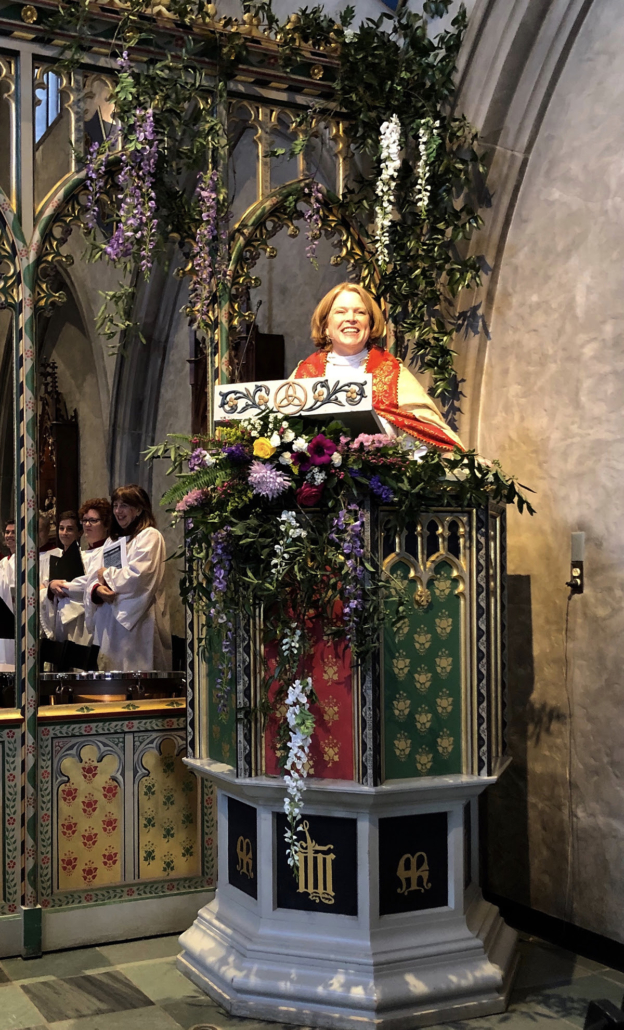 Allelujah! Christ is Risen!
The Lord is Risen indeed. Allelujah!

Today we celebrate the empty tomb. The stone rolled away. The defeat of death itself.

While we will not be together in one building, in some ways I am feeling closer to you than ever. We are bonded by a common, extreme experience like none most of us has ever known. We are connected in choosing individual sacrifice for greater good. And we are aligned in our hope for deliverance from the current state of the diseased, and dis-eased, world.

That hope is an Easter hope. In that hope we are bonded not only to one another but to all Christians for almost two millenia. Generations of saints like you have cried Allelujah even in the midst of trial and tribulation. The empty tomb is a sign that love always wins, and fear is always vanquished, even when victory feels out of reach.

So this day I invite you to revel in that truth extravagantly, celebrating Resurrection in every way you can in your homes.  We may be isolated in body, but we are intimate in spirit with the One who rose from the dead this day and holds us together in love.

Join me and the Trinity Worship team at 10AM to celebrate that truth, hope and love with your Trinity family, with a Liturgy of the Word for Easter on Facebook or the Trinity website.

Afterwards, let’s raise a glass or mug to one another on Zoom for a Celebration Coffee Hour. To connect, simply click here, or use the following credentials on your Zoom app: Meeting ID 820 120 379, Password 043320. I’ll look forward to seeing your Easter bonnets or bunny slippers (or both).

Wherever you are, remember that Jesus escaped the tomb which held him in order to bring us all to eternal life and light.  With Him we are released from every bond, except the bond of love. Allelujah!

Easter love to you, 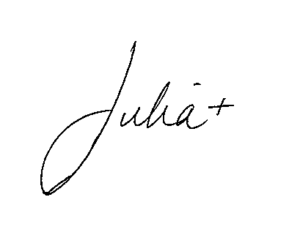